NBA superstar, business mogul, fashion icon – when all is said and done, Kevin Durant hopes that his name becomes synonymous with all these titles. There is little question that during his nine years in the league, Oklahoma City Thunder forward Kevin Durant has established himself as one of the NBA’s most recognizable brands, both on and off the hardwood. Among the most talented players of his generation, Durant has parlayed his basketball prowess, charm and cultural aptitude to connect with millennials in a way that is rivaled only by fellow superstar Lebron James. With more than 12.8 million followers on Twitter, and 6.8 million on Instagram, Durant’s ability to reach the masses via social media ranks among the highest in the world when it comes to celebrities, athletes and other influencers. 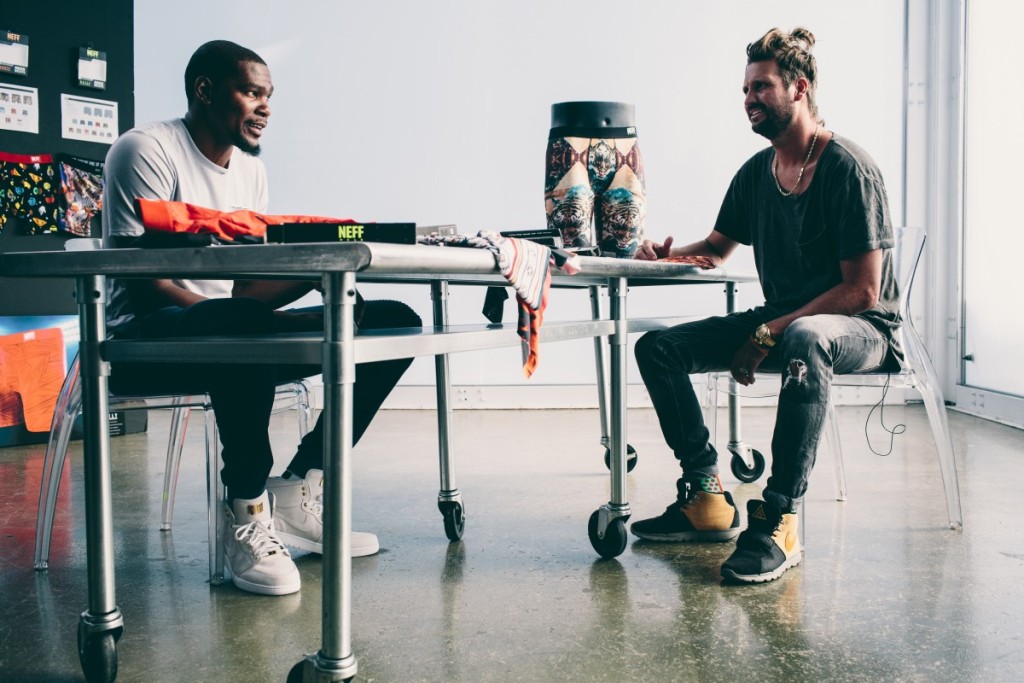 Not surprisingly, Durant has combined his massive reach with a monetization strategy that has elevated him to one of the highest earning athletes in the world. A newly formed partnership with media mogul turned sports agent Jay Z and his firm RocNation have helped drive more than $35 million a year into his pockets from a slew of endorsement deals and business projects. While the majority of that money comes from his lucrative 10 year, $285 million deal with Nike NKE +0.00%, Durant has positioned himself to make an even greater windfall from a number of other endeavors that include both cash guarantees and equity partnerships. Chief among these is Durant’s new venture with Neff, a Camarillo, California based company that brands itself upon snowboarding, skating, surfing and lifestyle products. Part of the partnership includes the launch of Durant’s own line of signature men’s underwear, the first of what is expected to be a series of apparel and lifestyle products that reflects Durant’s own personalized designs, combined with Neff’s focus on youth culture. According to Durant, “I had a lot of input in the design. Shaun [Neff] didn’t put a limit on me and it was great working with them. He was somebody that started a brand and definitely has more experience than me but never once treated me as I was lower than him or less intelligent when we collaborated. He was easy to work with and it was an incredibly fun process. Because we can all relate to this space as men, I felt that it was something different to do and we both were jumping to it at the same time.” Read the rest here.