by Neff Head Wear June 24, 2014
Neff and the Taylor Gang invaded Zumiez at the Burbank Town Center in Burbank, CA this past weekend for a meet and greet and autograph signing. The scene was crazy as hundreds of Taylor Gang fans lined the walk ways of the mall waiting for their chance to see Wiz Khalifa, Chevy Woods, Berner, Will, Nate, and Motor Mane. From the father and son who waited for hours to be the first ones in line, to the guy that completed two detailed sketches of Wiz and Chevy while waiting in line, the stories of the people in line were awesome. While only the first few hundred people in line were given wristbands, which guaranteed access to the event, that did not stop hundreds more from waiting in line or standing by hoping to get a chance to meet the Taylor Gang. In the end taylor Gang was more than willing to stay and meet everyone that waited, whether they had a wristband or not. Some cried, others were in disbelief, but everyone left with huge smiles on their faces from all the love, especially the Taylor Gang. Now check out some scenes from the event. Keep an eye out for the recap video coming soon. 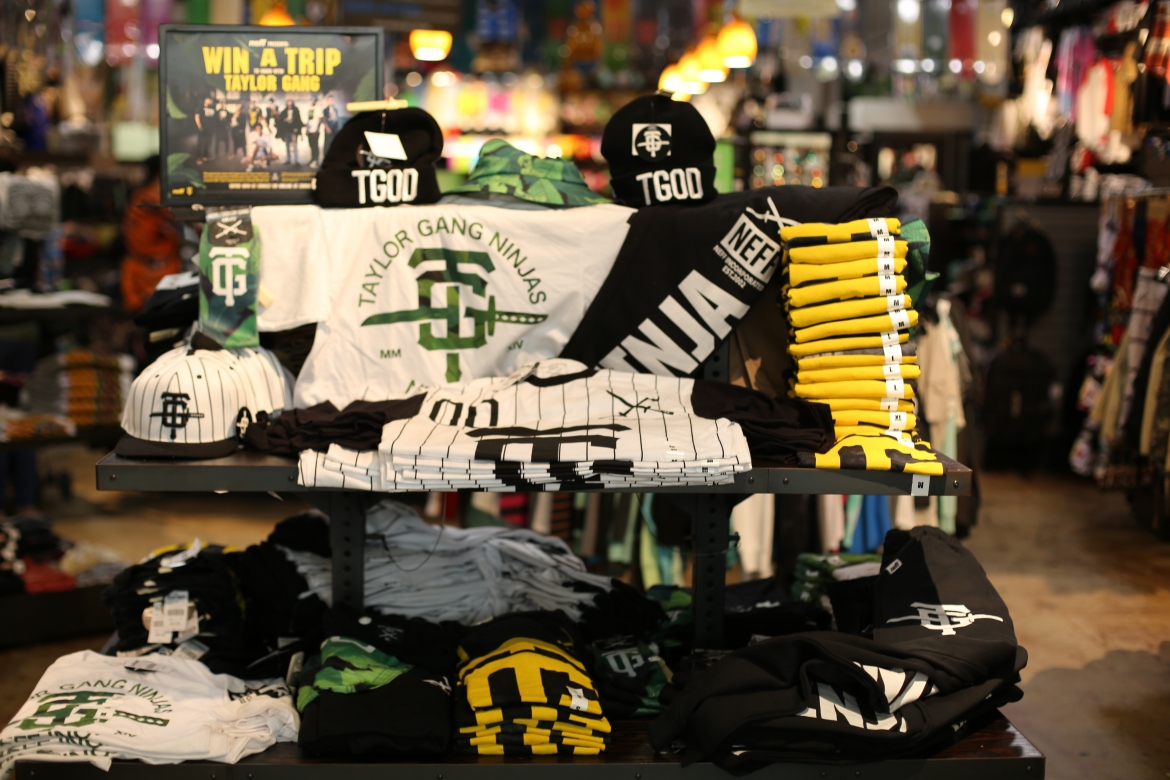