Kolohe silences critics and moves into the #8 position on the WCT. “Twenty years young”, Kolohe Andino of San Clemente was tearing through the ASP World Championship Tour this year. Even though he is new to the world tour, he definitely knows how to prove himself in the water. Andino’s first couple years on tour proved to be somewhat of a struggle with a disappointing outcome in 2013 being ranked 26th in the world. Kolohe's goal this year - push into the top 10 and grab his first WCT win. https://youtu.be/Tq6gb9fLyj4 After coming in 25th at the Rip Curl Pro at Bells Beach, it seemed like Andino would continue to struggle to reach his goal. He went back to his hometown of San Clemente to relax and have fun after the disappointing outcome in Australia. He worked with shaper Matt Biolos on some new boards and made his way to Brazil with a new attitude that drove him to win 2nd place at the Billabong Rio Pro. This new confidence guided him through the rest of the tour as he killed it with multiple top ten finishes and eventually a number 8 spot in the world rankings. 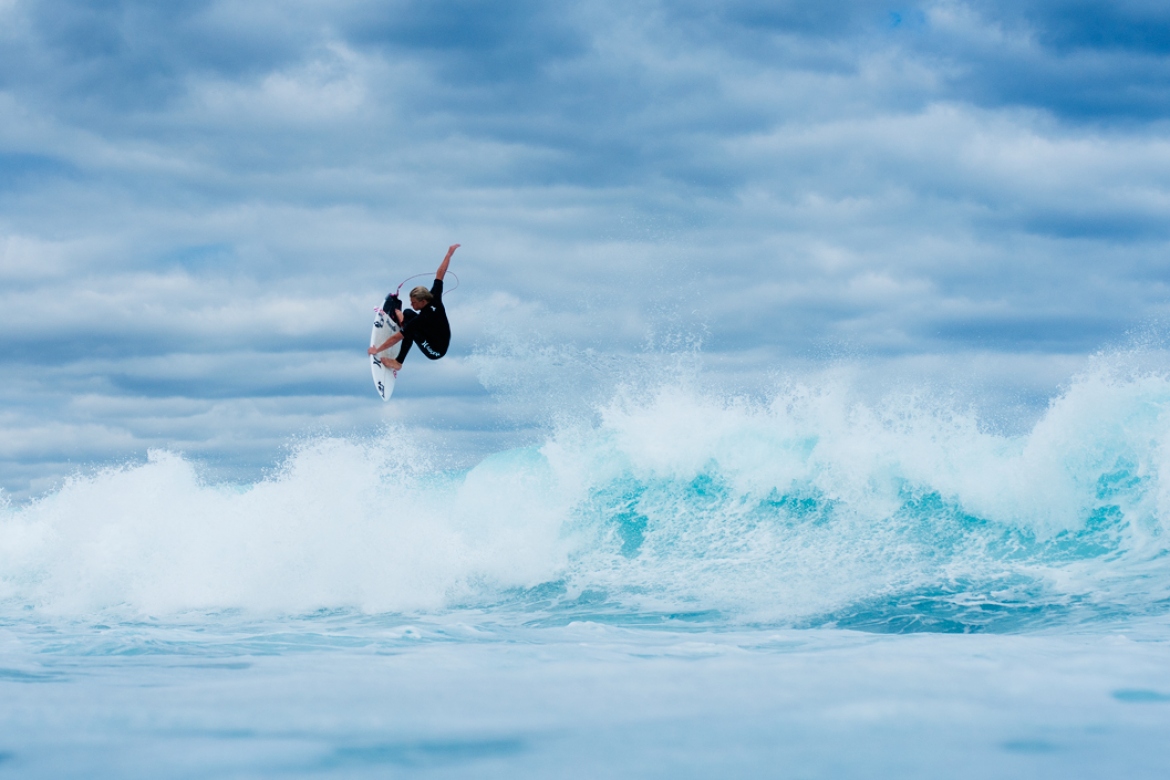