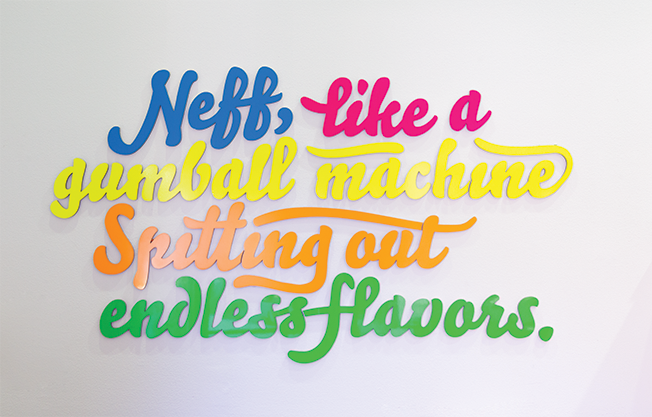 Neff headwear company launched in 2002, initially selling accessories for snowboarders and skateboarders—think beanies, sweatbands and hats. Now at 14, and with a broader selection of accessories, the company has established solid street cred after being sported by some of the hippest millennial celebs—Kate Upton, Wiz Khalifa, Scarlett Johansson and Lil Wayne, to name a few. Neff is based in Camarillo, Calif., in an office they've dubbed the "USS Neff" that is full of inspiration, artwork and a Ping-Pong table. "When we bought the building, we wanted to completely transform it to be very open," said founder and CEO Shaun Neff. "We built it with all glass to encourage community and give employees a place where they could easily work together. Overall we wanted an office vibe that says this is a dope brand that creates dope ideas." Read the rest here. 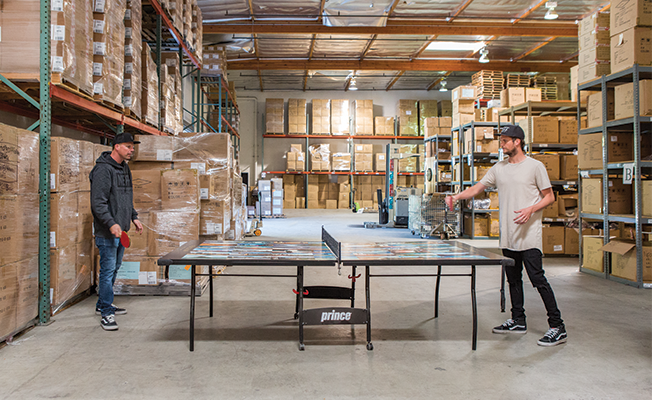